The people of these tribes have always shared a common understanding–that their very existence depends on the respectful enjoyment of the Columbia River Basin’s vast land and water resources. Indeed, their very souls and spirits were and are inextricably tied to the natural world and its myriad inhabitants. Among those inhabitants, none were more important than the teeming millions of anadromous fish enriching the basin’s rivers and streams.

Despite some differences in language and cultural practices, the people of these tribes shared the foundation of a regional economy based on salmon. To the extent the resource permits, tribal people continue to fish for ceremonial, subsistence, and commercial purposes employing–as they always have–a variety of technologies. Tribal people fish from wooden scaffolds and from boats, use set nets, spears, dip nets, and poles and lines. Tribal people still maintain a dietary preference for salmon, and its role in ceremonial life remains preeminent. Salmon is important and necessary for physical health and for spiritual well-being.

Today, perhaps even more than in the past, the Columbia River treaty tribes are brought together by the struggle to save the salmon and by shared spiritual traditions such as the first salmon feast.

See the current location of the four tribes and the area they ceded to the United States in 1855 treaties, which made way for white settlers. 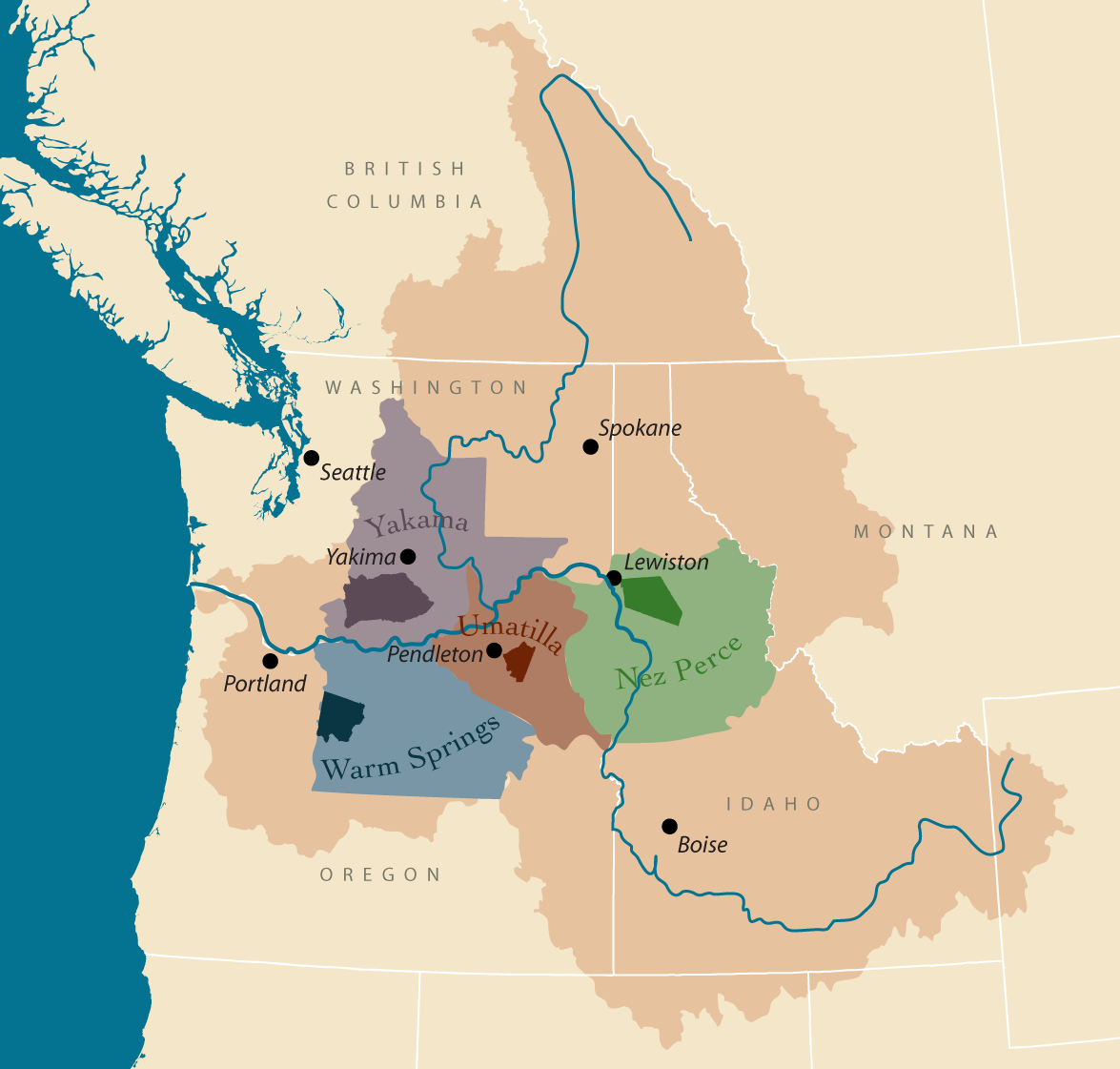 The Columbia River Basin, the four treaty tribes and their ceded areas.

The Columbia River Basin, the four treaty tribes and their ceded areas.