The Okanogan Subbasin enters the Columbia River between Wells and Chief Joseph Dams, straddling B.C. and Washington at Osoyoos Lake. The Subbasin is the third largest of Columbia River Basin’s 20 major subbasins, with its confluence at Columbia RM 533. The Okanogan subbasin comprises 16.2% of the Columbia Cascade Ecoprovince, and consists of 5,723,010 acres in the entire watershed. The factors influencing fish and wildlife survival, and population status overlap and extend beyond the geographic boundaries of the Okanogan, and of the United States. Thus, to achieve ecosystem-based objectives, it is important to coordinate fish and wildlife management across the US-Canada border.

The basin is home to over two dozen species of plants and animals that are currently listed in the US and Canada as nationally Threatened, Endangered, or Vulnerable, and is currently home to one of only two viable populations of sockeye salmon left in the entire Columbia basin. A full one-third of all Red-listed species in British Columbia reside in the Canadian Okanagan, and the National Marine Fisheries Service has concluded that the upper Columbia, where spring Chinook and steelhead are listed as Endangered, is the first priority for recovery planning efforts in the Columbia basin.

The subbasin is also an important ecological corridor for migratory megafauna. Species such as mule deer utilize the north-south corridor that connects the dry landscapes of British Columbia’s interior with the grasslands to the south. In addition to salmon and megafauna, this corridor is a crucial part of the flight path for many species of birds during annual migrations between summer and winter ranges.

The Okanogan subbasin plan addresses the limiting factors for fish and wildlife ecosystems in the subbasin. However, the needs of watershed residents, and their critical role in ecosystem stewardship, have been expressly considered as part of overall ecosystem recovery and the benefits of shared stewardship. Although considered throughout the plan, the Similkameen subwatershed above Enloe Dam was not included in salmon ecosystem analysis.

The revised Columbia Basin Fish and Wildlife Program calls for an ecosystem-based approach for planning and implementing fish and wildlife recovery. The Okanogan subbasin plan will lay the foundation to achieve this goal by integrating fish and wildlife assessments, inventories, and management plans in a manner that begins to connect communities of science, interest, and place in the Okanogan subbasin across the US-Canada border. 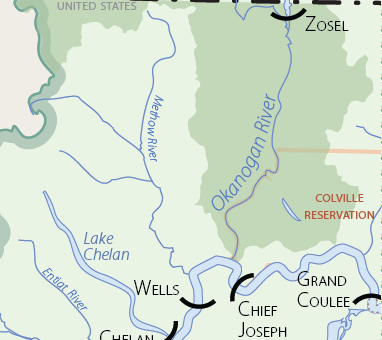 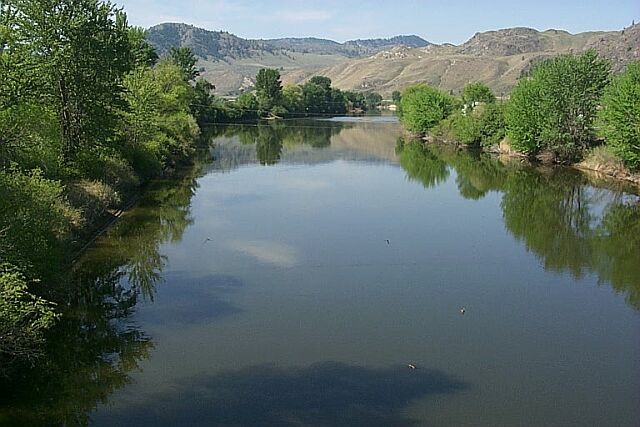