Properly manage hatchery supplementation programs and enact reforms to other associated programs in order to strike a balance between effects on population abundance, diversity, distribution, and productivity and the maintenance of or increase in populations while other restoration actions are implemented.

Hatchery programs were instituted in the Columbia Basin to mitigate for losses to fisheries associated with hydrosystem development and habitat loss and degradation. Artificially produced juvenile salmon were released from the programs as a substitute for the juveniles previously produced by natural reproduction in the tributary streams throughout the basin. More recently, some hatchery programs have been instituted with a conservation role—to rebuild return numbers of wild populations and conserve their natural productivity and genetic diversity levels. The need for conservation efforts was made more apparent with the recent listing of many of the basin’s salmon populations as threatened or endangered under the Endangered Species Act (ESA). However, evidence has accrued that hatchery programs can impart negative effects on the genetic resources of wild populations, highlighting the need for a comprehensive assessment of hatchery management practices.

The Hatchery Scientific Review Group (HSRG), which was established and funded through the Congressional appropriations process, was the most recent of a series of groups formed over the past two decades to study management of Columbia Basin hatcheries (federal, state and tribal). “The challenge before the HSRG was to determine whether or not conservation and harvest goals could be met by fishery managers and, if so, how” (HSRG 2009).

The HSRG produced a report that described general principles for management. These included quantified standards for the proportion of natural-origin fish to incorporate into the hatchery broodstock and the proportion of hatchery-origin fish allowed to escape to spawning grounds. The report then provided recommendations for management of each individual hatchery program, categorized as either a segregated harvest augmentation program or an integrated conservation/supplementation program.

The tribes’ perspective on the HSRG recommendations is captured in the Policy Statement that prefaced the 2009 HSRG report to Congress:

“The HSRG’s recommendations are not the only possible alternatives for managing hatchery programs to meet conservation and harvest goals. As such, the managers may develop other solutions which better meet their program principles and goals. Success over time will be defined by the managers’ ability to take actions in the future to adjust hatchery programs based on good science to meet their conservation and harvest goals.”

The HSRG recommendations are technical and scientific in nature. They are not intended to be policy decisions, but rather their function is to inform policy decisions. They also are not mandates that carry the force of law or policy, and the intent is not for them to be a litmus test or the exclusive basis for deciding HGMPs [Hatchery and Genetic Management Plans] or funding decisions. As such, any changes to hatchery programs in response to the recommendations must also be informed by and consistent with existing legal and policy mandates. These mandates include, but are not limited to, the following items.

The tribal view is that proper management of supplementation programs and reforms to other programs strike a balance between the effects on population abundance, diversity, distribution and productivity and the maintenance of or increase in populations while other restoration actions are implemented.

Flexibility is required for appropriate implementation of hatchery reform policies, particularly for programs that have both harvest mitigation and conservation objectives. Examining hatchery reform on a case-by-case basis recognizes the unique characteristics and challenges of each program. The consequence of failing to manage hatchery programs in concert with natural populations will be continued declines in natural populations, which will constrain the ability to exercise the tribes’ treaty fishing right. 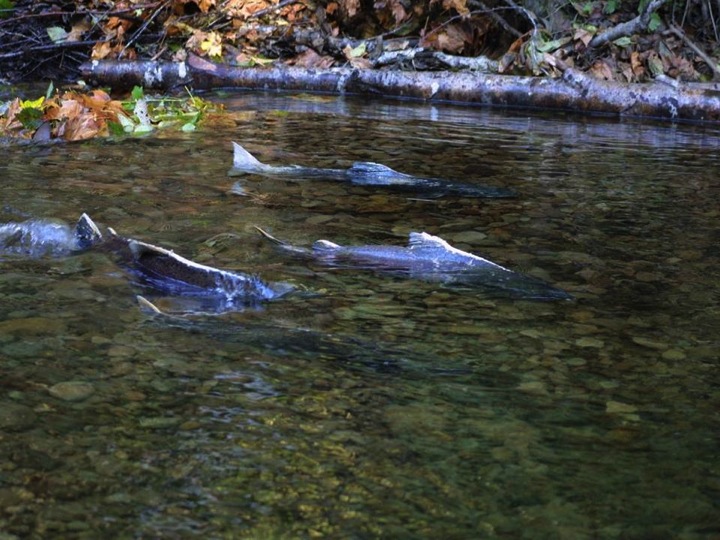 « Previous:Columbia River Treaty
Next: Tribal Energy Vision »
Back to Top