Improve mainstem and tributary water quality by eliminating sources of toxic pollution that accumulates in fish tissue and by reducing discharges of other contaminants to meet water quality criteria for anadromous fish.

Note: The Water Quality problem statement, hypothesis and recommended actions made in the 1995 Spirit of the Salmon Plan remain relevant and applicable.

Toxic contaminants in the Columbia River watershed can negatively impact the health and vitality of our fish. The results of an U.S. Environmental Protection Agency (EPA) fish contaminant survey, completed in cooperation with CRITFC, showed that 92 priority pollutants were detected in resident and anadromous fish tissue collected from 24 different tribal fishing sites on the Columbia River (2002). Contaminants measured in these fish included PCBs, dioxins, furans, arsenic, mercury, and DDE, a toxic breakdown product of the pesticide dichlorodiphenyltrichloroethane (DDT).

In January 2009, the EPA released the Columbia River Basin: State of the River Report for Toxics, a look at toxic contaminants in the basin. The report focused on persistent toxic chemicals, which remain in the environment for a long time, contaminate food sources, and accumulate in fish and birds. The report identified four contaminants of primary concern because they are “found throughout the Basin at levels that could adversely impact people, fish, and wildlife.” These four are mercury, DDT and breakdown products, polychlorinated biphenyls (PCBs), and poly brominated biphenyls (PBDE) flame retardants.

More is now known about the presence and effects of the toxic contaminants identified in the 1995 Spirit of the Salmon Plan and about other contaminants.

PBDEs, linked to impaired endocrine and thyroid functions, were found to be increasing in whitefish in the upper Columbia River (Rayne et al. 2003). Endocrine-disrupting compounds thought to be the cause of intersex characteristics and elevated female egg yolk protein levels in male juvenile chinook salmon were at 22 of the 23 sites sampled by Nilsen et al. (2007). Morace (2012) consistently found human-health pharmaceuticals and PBDEs in wastewater treatment plant effluents in cities along the Columbia and measured estrogenicity levels that were well above those shown to cause effect in aquatic biota.

Currently used pesticides, herbicides and insecticides contain chemicals that have sublethal effects on salmon, including problems with olfaction, homing and predator avoidance (Sandahl et. al. 2007). Mixtures of pesticides can have an additive or synergistic effect. Laetz et. al. (2009) determined that mixtures of diazinon, chlorpyrifos, malathion, carbaryl and carbofuran—the most extensively used pesticides in California and the Pacific Northwest—significantly inhibit the ability of salmon to react to essential stimuli, and therefore the presence of these mixtures may be affecting salmon recovery more than expected. Studies have directly correlated prespawn mortality to chemical pollutants in non-point- source urban runoff (Spromberg and Scholz 2011).

Oregon and Washington (2013) recently documented that mercury concentrations in fish in the Columbia River Basin exceed those considered safe for ecosystem and human health. What is still not known is which factors are most important in controlling the production of the bio-accumulative and toxic organic form, methylmercury. Scientists do know that the formation of methylmercury can be linked to parameters associated with water management activities in reservoirs, such as water inundation and wetting and drying cycles, organic carbon and nutrient cycling, and inputs from upland terrestrial habitats. Needed is a better understanding of the linkage between reservoir management and the risk of mercury methylation. Operational approaches to minimize the risks associated with mercury contamination can and should be developed while still meeting the critical water needs.

As mentioned in the 1995 technical recommendation Adult Salmon Passage, sediment sorption is one of the mechanisms that allows contaminants to persist in the environment, degrade habitat and present an exposure risk to fish and other organisms. In the Yakima basin, organochlorine pesticides, nutrients, dissolved oxygen and bacteria problems are associated with suspended sediment loading and transport from agricultural activities into the river (Morace et al. 1999). Implementation of best management practices in the area is showing a broad range of water quality and aquatic habitat improvements (Joy 2002).

Water quality is a priority concern for tribal people who consume fish that may be tainted with toxic contaminants. CRITFC tribal members that were surveyed in the fall and winter of 1991-1992 ate six to eleven times more fish than EPA’s estimated national average, at that time of 6.5 grams per day (CRITFC 1994). If tribal members had access to resume ancestral cultural diets, the quantity of fish in the diet would be even greater. In 2011 Oregon adopted water quality standards based on the tribal fish consumption rate of 175 grams per day that was documented in the CRITFC survey. Washington is revising its water quality standards, and EPA recently disapproved Idaho’s request to use a fish consumption rate of 17.5 grams per day because it was not protective of tribal consumers.

While elevated water temperature is a major factor negatively affecting fish at all life stages, as of 2013, no temperature Total Maximum Daily Load is required for the Lower Columbia system. Some progress has been made, however, in reducing temperature by release of cool water from behind dams with high head reservoirs. See the updated technical recommendation Adult Fish Migration.

Growing evidence supports the alarming fact that Columbia Basin fish are exposed to a wide range of dangerous toxins. Exposure can cause abnormalities including tumors, lesions and endocrine imbalances that affect fish reproduction and cellular development. Mortalities can also result from diseases and changes in behavior associated with toxic exposure and bioaccumulation of pollutants.

In 2005 CRITFC tribes joined EPA Region 10 and numerous other federal, state and local agencies and others to form the Columbia River Toxics Reduction Working Group. To date, implementation of its goal to reduce human and ecosystem exposure to toxics has been greatly restricted by a lack of realistic and sustainable funds. In 2011, based largely on CRITFC’s Fish Consumption Survey, EPA approved Oregon’s water quality standards. Oregon became the first state in the nation to adopt water quality standards based on human health criteria that recognize tribal customs and culture. The enforcement of Oregon’s strict water quality rules will make it safe to eat 175 grams per day or about 23 servings of 8 oz. of fish per month. While adoption of standards represents progress in controlling toxics, the standards must be enforced for water quality to improve. Washington and Idaho need to update their water quality standards to provide a similar level of protection for high fish-consuming tribal members and others.

Currently no sustained funds are directed to the Columbia River Basin for toxic reduction activities and monitoring programs—as called for the 1995 Spirit of the Salmon Plan—or for research. Major federal investments in such programs are now critical and can help offset impacts from the Federal Columbia River Power System. In 2008 the Columbia River Basin was designated a Large Aquatic Ecosystem by the EPA but receives the least amount of funding for water quality research and monitoring of all the great river and water bodies in the United States. The lower Columbia River estuary receives $600,000 a year in federal funding whereas Puget Sound, Chesapeake Bay, and the Great Lakes each receive well over $50 million.

Pollution prevention and green chemistry strategies that hold the most promise for toxic reduction in the Columbia River are limited by the lack of progress on reform of the Toxic Substances Control Act (TSCA). Current TSCA rules impose burdens on government to prove actual harm to control or replace a chemical, which stifles the development of safer chemical and product designs. 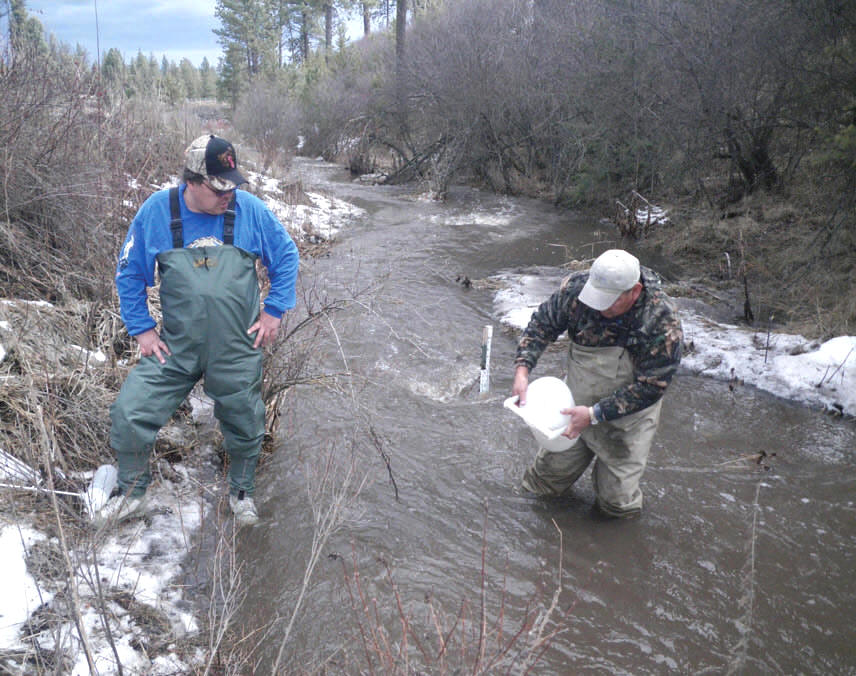 « Previous:Adult Fish Migration
Next: Harvest Management (In-river) »
Back to Top