Driven primarily by population growth and climate change, future pressures will challenge environments in new ways. We have already seen increases in the size and number of predacious arctic tern and cormorant colonies in the Columbia Basin. Rising air temperatures appear to be resulting in decreased snowfall and increased rainfall during the winter months, leading to shifts in the timing and quantity of runoff.

Climate change combined with increased demand for consumptive use of water from surface, shallow and deep groundwater will adversely affect fish habitat. Particularly threatening would be the increased use of Columbia River water and tributary winter/spring flow to meet seasonal agricultural needs.

Water quality will also be affected by climate change, including additional sediment delivery from winter storms and higher summer water temperatures. Salmon and Pacific lamprey will be particularly susceptible to these changes to water quantity and quality because they rely on freshwater rivers and streams as spawning and rearing habitat and as migration corridors.

Warm water fish and invertebrates communities will tend to expand their range. The distribution of cold-water communities, including anadromous fishes, will tend to contract. An increased human population will use more water, land and other natural resources, placing greater pressure on ecosystems.

The net result of these changes may often be to create new, hybrid, communities and ecosystems that exhibit properties of both warm water and cold water systems. The challenge facing fish managers will not be so much to restore former ecosystems. Rather we will be challenged to manage these new hybrid systems in ways that sustain salmon production without triggering “threshold” changes that are hostile to coldwater species.

The rise of globalization—the movement of people, resources and goods across continents and oceans—is contributing to a dangerous increase in aquatic and terrestrial invasive species. Without natural predators and with environmental shifts wrought by climate changes, invasive species such as zebra and quagga mussels are likely to affect the river system’s food web and alter habitats. In the basin, changes in aquatic habitat and introduction of exotic species have already tipped the predator/prey balance to the point that active management is required to control piscivorous predator populations to reduce salmon and lamprey losses.

In assessing climate impacts and developing adaptive responses, we will need to incorporate resilience concepts. In this context, resilience is the ability of socio-ecological systems to absorb disturbance, self-organize and adapt, a necessity for any lasting solutions. Resilience also incorporates the concept of “thresholds” that separate one system state from another. When a system crosses a threshold it is difficult or impossible to return to the previous state. For example, if climate change forces a subbasin across a threshold it may not be able to sustain salmon or lamprey in its new state. Such an analysis needs to be added to our restoration, monitoring and evaluations in the near future. A new lifecycle analysis that incorporated these new ecological realities would be useful to inform managers about the range of options that might achieve recovery and other management goals.

Discussions between the United States and Canada over the renewal process and terms of the Columbia River Treaty represent a major opportunity to modernize the treaty to address ecosystem-based functions and climate change impacts such as shifts in snow pack and precipitation distribution. Terms of the treaty’s renewal could also include restoring fish passage at Chief Joseph and Grand Coulee dams, which would return more salmon to both countries. The Columbia River Treaty coordinates the river system’s management and operation of hydroelectric production, reservoir storage and flood control between the two countries.

As the regional population and economy grows, more pressure is likely to be placed on the river’s hydroelectric resources. The Tribal Energy Vision recommends energy conservation and supply measures to address these demands.

Current discussions about hatchery management practices represent a potential opportunity for decision makers to endorse the dual purpose of tribal supplementation programs, which address the legal and socio-ecological requirements of both harvest and conservation.

The original 1995 Plan did not incorporate the social and economic needs of our tribal fishing community and culture. Our vision of restoration is a revitalized salmon culture and economy as well as recovered fish resources. Having always embraced a holistic approach, we now have the opportunity in this Update to offer recommendations that integrate the social and economic aspects of salmon restoration. The new Community Development Recommendations address these components.

The challenges for our tribal members who fish are often economic. Through higher prices paid for tribally caught fish, some tribal members now have increased income for boats, repairs, fuel, nets and basic living expenses. They have been able to teach younger generations how to fish and the importance of fishing to tribal culture and communities. But for many the income generated is still not sufficient.

This Update identifies several opportunities the tribes have to help maintain and increase the value of tribally caught fish. Tribal FishCo LLC, a tribally owned company whose primary purpose is to operate the East White Salmon Fish Processing Facility, aims to access new markets for tribally caught salmon and salmon products. The inter-tribal company could potentially help open new markets for sturgeon. Fish plant operations, which to date have provided some limited tribal employment, are still in the formative stages.

Additional employment opportunities for our tribal members will be in fisheries management and the many related fields. The Update recommends a workforce development program to establish sustainable pathways for Native American students to successfully pursue careers in fisheries and natural resources.

Maintaining our traditional tribal fishing culture continues to demand our attention in new ways. Affordable housing along the Columbia River is an increasing problem for tribal fishing families. Most tribal housing along the river was destroyed to make way for Columbia River dams. This issue will call on the creative and cooperative leadership of the four tribal governments. Meeting tribal member housing needs along the river will help sustain the tribes’ fishing way of life and take pressure off treaty access fishing sites and allow the sites to return to their primary purpose, providing access for fishing and fishing related activities.

Another challenge we are newly addressing in this Update is the need for public education and outreach. Each successive generation needs to know about the merits of salmon recovery and the linkage to job creation and ecosystem health. Local Columbia Basin communities will prosper as fish runs and our treaty fisheries are restored.

An informed and involved public can effect positive change and contribute significantly to fish protection and restoration. An informed public is also more likely to successfully address the future challenges of climate change, invasive species, toxic pollution and other factors yet unknown.

These are some of the major challenges and opportunities that have emerged since 1995 when we wrote the Spirit of the Salmon Plan (or issues we did not address in the 1995 Plan). They are discussed in more detail in new institutional, technical  and community development recommendations and throughout the Update. 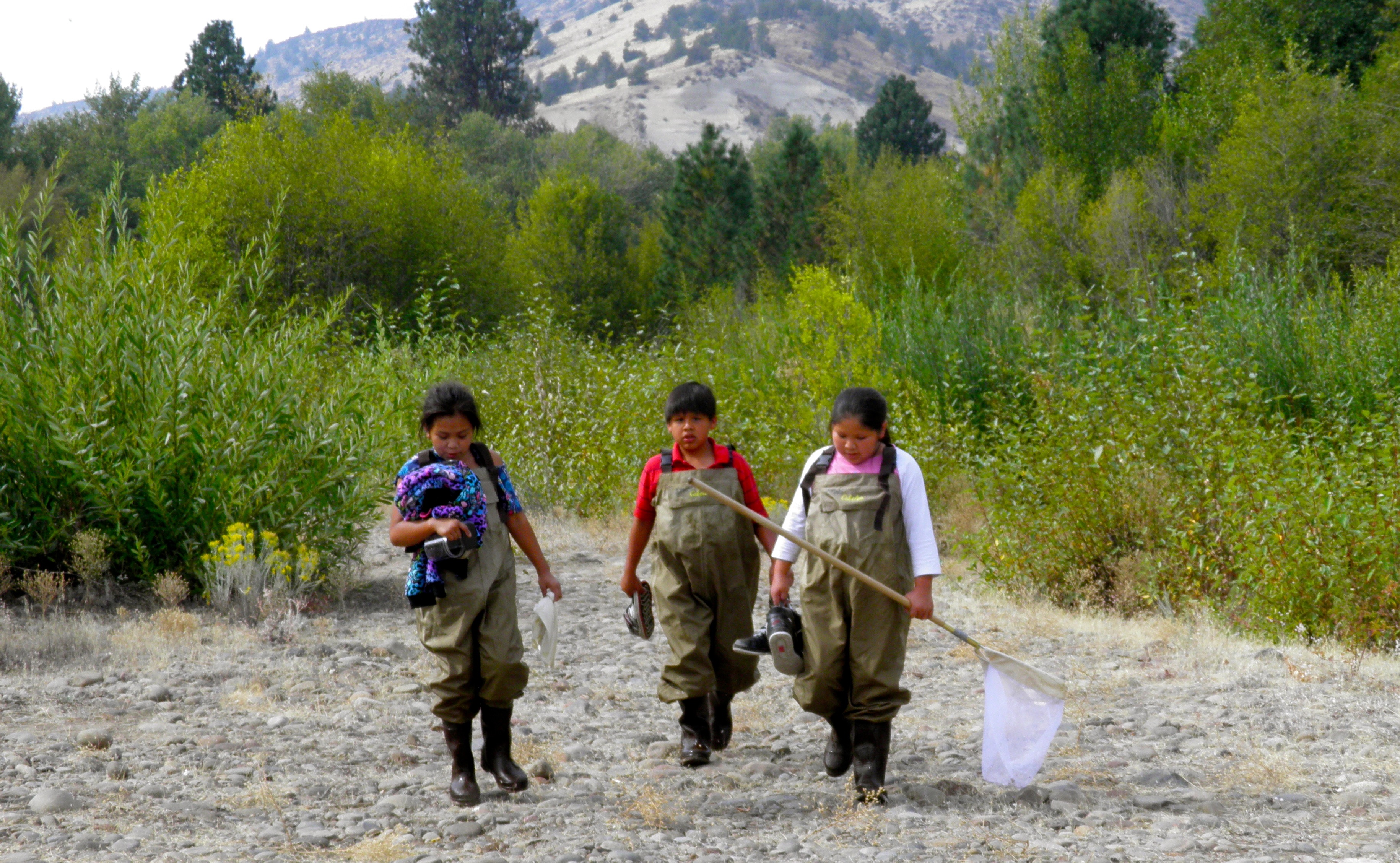 « Previous:Remaining Problems and Gaps
Next: Institutional Recommendations »
Back to Top