Not native to the basin, aquatic invasive species negatively impact the region’s natural resources, ecology and/or economy. Because water provides a barrier to detection, unlike terrestrial invasive plants, managers cannot quickly identify and eliminate aquatic invasive species. Many states have enacted taxes on specific user groups to fund invasive species prevention programs. The federal budget for invasive species is very limited, with less than $5 million available for all states that have control and eradication plans.

The most urgent threat to the Columbia River system is from zebra and quagga mussels. These short lived (<4 years) mussels are very prolific and often present for years before being documented because of their small size and benthic (i.e., bottom dwelling) nature. In the Great Lakes, invasive mussels carpet most areas of the lake bottom and have greatly affected the food web and altered the habitats of numerous native species of fish and invertebrates. The mussels have crossed the Mississippi River and now are spreading westward. In January 2008, quagga mussels were discovered in Lake Mead, Nevada. This has vastly increased the probability of these invasive mussels getting into the Columbia River drainage.

Tribal resources in the Columbia River Basin are very vulnerable and will remain so until prevention (and eventually control) options for aquatic invasive species are developed and proven in the field.

The zebra and quagga mussels have the potential to permanently alter the Columbia River ecosystem, likely resulting in greater impacts to salmon recovery. No salmon-safe toxins, pathogens or chemicals are presently available to control or eradicate these mussels if they become established in the Columbia River system. As prevention is the only option that exists at this time, the following actions are necessary to address this issue.

Taking swift action may result in the delay or prevent the introduction and establishment of new invasive species, particularly those like zebra or quagga mussels. Timeliness is critical as the mussels, along with many other invasive species, are firmly established in most of the United States and can easily spread to the rest of the nation. 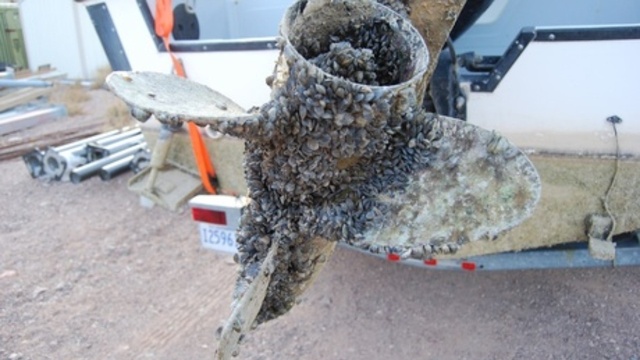 « Previous:Restoring Fish Passage
Next: Climate Change »
Back to Top