In 2010 CRITFC’s four member tribes formed Tribal FishCo, LLC (FishCo) to operate and maintain a fish processing center located in White Salmon, Washington, which was built by the U.S. Army Corps of Engineers under Public Law 100-581 Title IV Columbia River Treaty Fishing Sites legislation. Once the tribes have a federally compliant food processing facility, they can take greater control of their fisheries resources by processing and marketing fish and accessing new markets.

To date, a number of important activities to assist FishCo to begin operations at the plant have been completed:

Each of the four member tribes appointed two representatives to the Board of Advisors (Board), which provides policy oversight to FishCo.

CRITFC secured funding from the U.S. Department of Agriculture to complete a feasibility study planning document and a business plan. These were developed by the McDowell Group not only to determine feasibility, but also to provide guidance for start-up and future operations. The Board, the plant manager and CRITFC staff provided input for the business plan’s development. The plan noted that for the tribes to move forward with operations, they would require an additional capital contribution or a partnership with an experienced seafood processor to provide equipment or capital (i.e., cash or a line of credit to purchase fish).

FishCo hired a manager to conduct a pilot test for plant operations and also contracted with an experienced seafood processor for limited operations in 2011 and 2012. For the fall 2012 fishing season, FishCo hired 16 employees to process fish and to provide bookkeeping functions. These limited operations also provided information on the makeup of discharges (e.g., fats, oils, grease), which will assist the negotiation process for an agreement with the City of Bingen to use its wastewater treatment plant.

CRITFC contracted with FishCo to provide ice to the tribal fishers in 2011 and 2012. In total, FishCo provided approximately one million pounds of ice to the fishers, which helped generate $98,000 in ice-contracting revenues.

For the summer and fall 2013 fishing seasons, FishCo provided ice to the tribal fishers at near cost. The ice helped maintain the quality of the tribal catch, while charging a minimal fee preserved FishCo’s capital.

CRITFC continues to assist FishCo with the payment of invoices for plant utilities and operations.

For FishCo to operate in the near term, these issues to be need addressed. 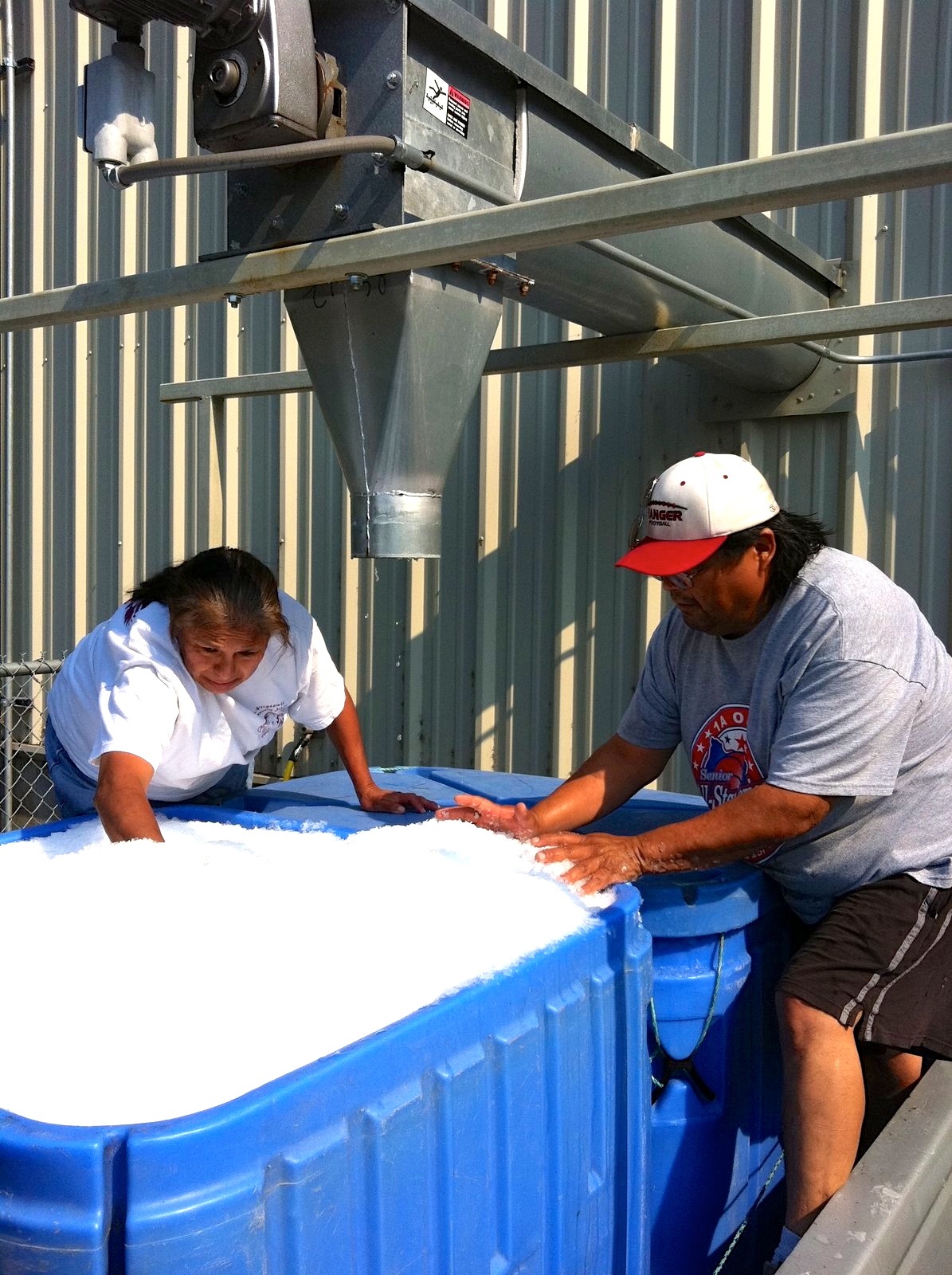 « Previous:Salmon Marketing
Next: White Sturgeon Marketing »
Back to Top