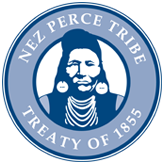 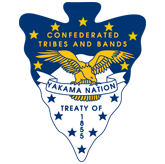 Confederated Tribes and Bands of the Yakama Indian Nation 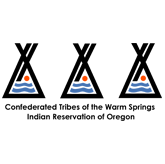 Confederated Tribes of the Warm Springs Reservation of Oregon 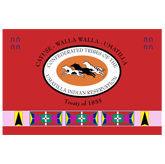 For thousands and thousands of years, salmon, lamprey, sturgeon and other fishes lived and flourished in the Columbia River watershed. Historical estimates for salmon range from 10 to 16 million adult fish returning annually. Since treaty times, these salmon runs, once the world's largest, have decline by over 90 percent.

Today Columbia River salmon along with lamprey and sturgeon are defined as a problem—their very existence and worth are being debated. Some salmon stocks have already been lost; others have been listed as endangered and threatened under the Endangered Species Act; and the majority of the remaining stocks are diminishing.

Yet since time immemorial, salmon unselfishly gave of themselves for the physical and spiritual substance of humans. In turn, the Columbia River treaty tribes, whose religious and cultural existence depends on salmon, must now employ the depths of their hearts and the expanse of their minds to save the salmon.

The foundation of this anadromous fish restoration plan is respect and reverence for Wy-Kan-Ush-Mi Wa-Kish-Wit.