The John Day Subbasin Plan is one of 62 plans throughout the Columbia Basin that will guide implementation of the Northwest Power and Conservation Council’s (NWPCC, or Council) Fish and Wildlife Program for the next 10 to 15 years. The NWPCC is required to mitigate for fish and wildlife losses resulting from hydropower dams built on the Columbia River. Subbasin plans will help direct Bonneville Power Administration (BPA) funding of projects that protect, mitigate, and enhance fish and wildlife that have been adversely affected by the development and operation of the Columbia River hydropower system. NOAA Fisheries, the U.S. Fish & Wildlife Service and other federal and state agencies with jurisdiction in this region will also use the plans.

The subbasin plan reflects wide stakeholder involvement. This involvement began in February 2003 when natural resource specialists and other subbasin stakeholders came together to initiate the planning process. At that time the stakeholders requested that the Columbia-Blue Mountain Resource Conservation & Development Area (CBMRC&D) lead the process. They also created the John Day Subbasin Coordination Team (coordination team).

The coordination team played a key role during the planning process. As a first step, each of the coordination team members signed a Memorandum of Agreement that specified the stakeholders on the coordination team, the method for decision-making, expectations of the team, the fiscal agent, an outline of the planning process, and the structure for public involvement. They developed a work plan, which was approved by NWPCC in May 2003, and chose subcontractors to serve as the project manager, technical writer and public outreach coordinator. The subcontractors began work on the assessment, inventory, and management plan on July 21, 2003. The formal contract from NWPCC was signed on August 27, 2003.

During the next nine months, the coordination team worked with subcontractors to draft the John Day Subbasin Plan. The initial draft – developed in half the time originally provided by the NWPCC to develop a complete assessment, inventory, and management plan – was delivered to the NWPCC on schedule on May 28, 2004. However, upon review by the Independent Scientific Advisory Board, the NWPCC decided additional time and funding was needed to do further work on the plan and revise the May 28 draft.

This revised draft incorporates revisions made by the coordination team as requested by the NWPCC in October 2004. Funding was authorized from the NWPCC and the Oregon Watershed Enhancement Board to complete the revision. In October 2004 the coordination team reconvened to begin the revision process. The CRITFC, under the leadership of Phil Roger, played a key role in the revision process by completing the assessment as well as assisting with other sections of this plan. Revisions to the plan, including substantial improvements to the assessment and management plan, were completed and the revised draft submitted to the NWPCC on March 15, 2005.

Key Components of the Plan

An assessment, providing the technical foundation for the plan, of the current condition of fish and wildlife in the subbasin and their limiting factors.

An inventory of recent and ongoing projects to protect, mitigate, and enhance fish and wildlife in the subbasin.

A management plan describing the coordination team’s vision for the subbasin, biological and habitat objectives, and prioritized strategies for achieving those objectives in the subbasin.

Subbasin planners followed guidelines presented in the NWPPC Technical Guide for Subbasin Planners (NWPCC 2001). It was developed in accordance with the Council vision, scientific principles, and biological objectives for the Columbia River Basin, as described in the 2000 Fish and Wildlife Program. Additionally, the John Day subbasin planners worked closely with the Oregon Subbasin Planning Coordinating Group (OCG) and their Technical Outreach and Assistance Team (TOAST). The resulting John Day Subbasin Plan follows the outline developed by the OCG in their Oregon Specific Guidance document. 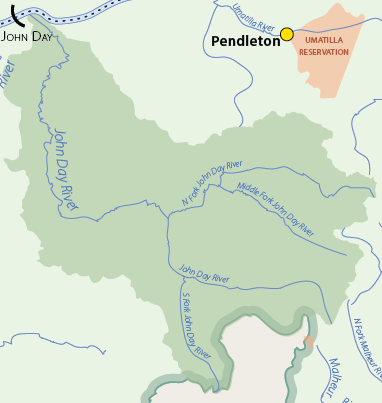 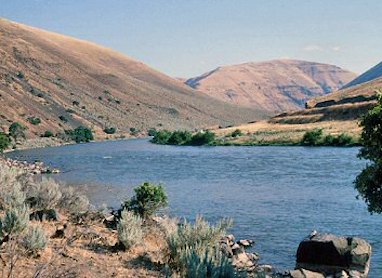