The treaties of 1855 between the United States and individual tribal governments provide the legal basis for the four tribes’ fishing rights. While there are other tribes in the Columbia River Basin with ties to the salmon, the four Columbia River treaty tribes are the only tribes in the basin that have reserved rights to anadromous fish in treaties with the United States. The Nez Perce, Umatilla, Warm Springs and Yakama tribes negotiated treaties in 1855, reserving the right to maintain the natural resources on which their culture depended, including rights to water, land, fish and other natural foods and medicines.

Retaining the right to continue their fishing practices was a primary objective of these four tribes during treaty negotiations. Each treaty contained a substantially identical provision securing to the tribes the right to take “fish at all usual and accustomed fishing places in common with citizens of the United States.” The four tribes each reserved the right to harvest fish within their respective reservations and at “all usual and accustomed fishing places” outside the reservations and ceded areas.

Tribal rights to fish, unimpeded, at all usual and accustomed places secured in the 1855 treaties were enforced in the 1969 federal court litigation that became known as United States v. Oregon. In this case, Judge Robert Belloni found that the tribes have an absolute right to a fair share of the fish produced by the Columbia River system. Judge Belloni also found that the states have limited power in the regulation of the tribes’ treaty rights to fish and that managing Columbia Basin fish such that few return to the tribes usual and accustomed fishing places is patently unfair. He further found that the protection of the treaty Indian fishery must be co-equal with the management of other fisheries.

United States v. Oregon provides the framework for implementing the tribal treaty fishing right and a foundation for Wy-Kan-Ush-Mi Wa-Kish-Wit, the Spirit of the Salmon  Plan.

The United States Supreme Court has affirmed the “usual and accustomed” treaty fishing clause in no fewer than seven written opinions. Federal district court opinions Sohappy v. Smith/United States v. Oregon (1969) and United States v. Washington (1974) have confirmed that the tribes are entitled to 50% of the harvestable number of fish destined to pass usual and accustomed fishing places. Interpreting these 1855 treaties, federal courts established a large body of case law setting forth certain fundamental principles strictly limiting the circumstances and conditions under which state and federal governments can regulate treaty Indian fishing and establishing the tribes as co-managers of the fisheries resource.

The  tribes’ right to govern their members and manage their territories and resources flows from tribal sovereignty as recognized by treaties. The fact that treaties were made with Indian tribes reflects the United States’ recognition of tribal sovereignty. The  U.S. Supreme Court has described tribal governmental powers as “inherent powers of limited sovereignty which has never been extinguished.”

Because of Indian tribes’ unique history and political status , the federal government and its agencies have a trust responsibility to use their expertise and authority, in meaningful consultation with the tribes, to safeguard treaty-reserved natural resources.

Let them do as they have promised. That is all I have to say.

Let them do as they have promised. That is all I have to say. 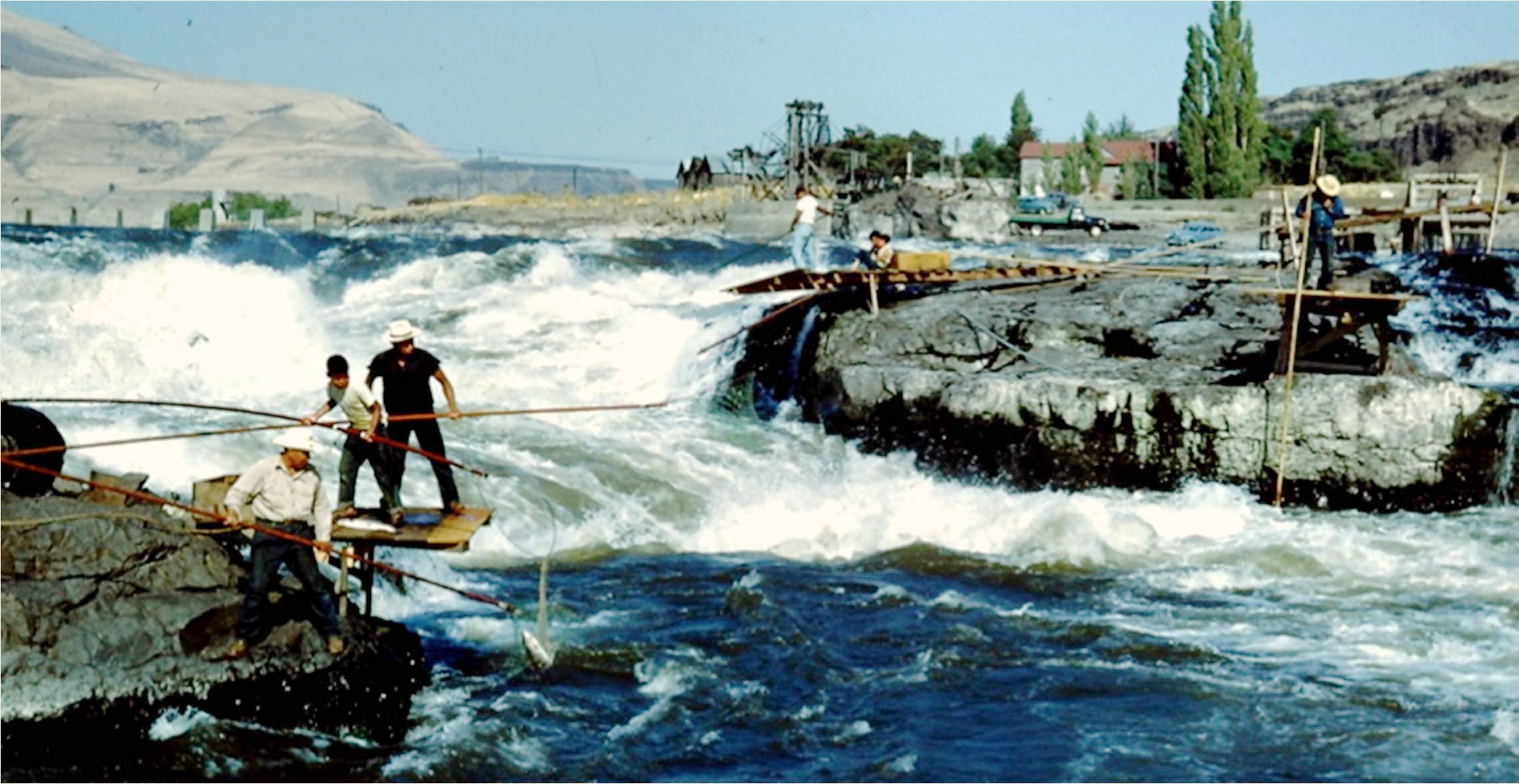 The Columbia River Indian fishery at Celilo Falls before the 1957 inundation by The Dalles Dam.

The Columbia River Indian fishery at Celilo Falls before the 1957 inundation by The Dalles Dam.

« Previous:Wy-Kan-Ush-Mi Wa-Kish-Wit Plan Basic Principles
Next: Sovereignty and Consultation »
Back to Top