Construction and operation of numerous mainstem hydroprojects (adjacent Figure 3.7) have altered remaining habitat and caused substantial passage problems as well. Free-flowing habitat has been replaced with reservoir habitat to the extent that only 50 miles of the Columbia River (the Hanford Reach) and 100 miles of the Snake River (Hells Canyon) still accessible to anadromous fish above Bonneville Dam flow freely. Anadromous fish in Columbia River Basin tributary habitat are affected by a wide variety of land use practices, which are subject to a range of jurisdictions. These activities include logging, road construction, grazing, agriculture, irrigation, flood control, navigation, electric power generation, and urbanization. General impacts resulting from these activities on tributary systems, as well as agencies responsible for their management, are listed in Table 3.4. Land use management is particularly difficult, because effects and impacts of activities are interrelated, and the results of improving one type of land use practice may be offset or reversed by detrimental changes in others.

Historically, the majority of high quality spring chinook habitat was located on what are now privately owned lands, where degradation has been most severe. However, most of the remaining cooler streams that provide habitat for spring chinook and steelhead and contribute cool water to additional downstream habitat for anadromous fish are located on USDA Forest Service lands. Approximately 50% of the current anadromous fish habitat in the Columbia River Basin is federally owned. Thus, wilderness and roadless areas on federal lands serve as increasingly important areas, where much of the salmon production in the subbasins co-managed by the tribes is concentrated.

Current land use practices commonly impact all freshwater habitats and have pervasive and widespread impacts on aquatic species (Chamberlin et al. 1991; Hicks et al. 1991; Platts 1991). They may also affect side channels and oxbow lakes, which are often some of the more productive of remaining fish rearing and refuge areas. In some terrain, grazing tends to break down stream banks and create wider and shallower channels. This reduces the area available for rearing, and contributes to faster increases in water temperature during the summer months. In other areas, grazing can lead to entrenchment, where streams form a steep sided gully, cause increased erosion, and reduce available habitat. In turn, the water table is lowered, and this reduces summer flows and riparian productivity. Problems with decreased water quantity resulting from permitted irrigation withdrawals are further exacerbated by the practice of water spreading.

Isolated impacts on watershed and in-channel habitats during the developmental history of an anadromous species may contribute proportionately little to the overall level of habitat degradation. However, collectively these impacts may be highly influential. Cumulative effects may result from repeated impacts of the same type, or from an aggregate of impacts of different types. These effects can occur as a sequence of impacts through time, or as a combined set of impacts occurring at a single point in time. Further, they may be additive, synergistic, or significantly past a critical threshold (Stull and Emery 1985). Activities such as forestry, urbanization, agriculture, mining, and grazing each negatively impact habitat quality. Habitat needs for each of the subbasins for which the tribes share management responsibility are provided in Table 3.5. 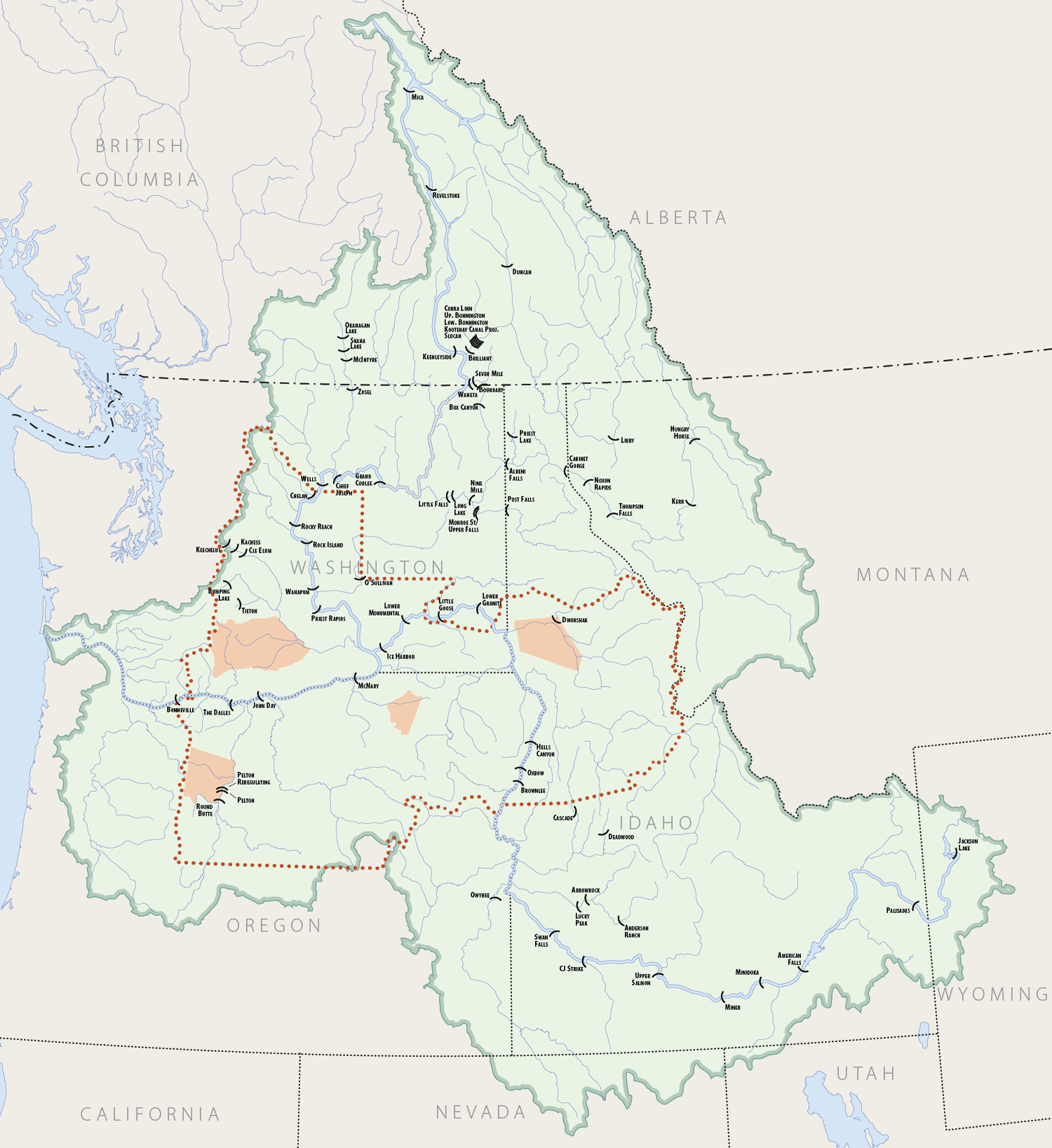 « Previous:Reductions in the Amount of Available Habitat Overview
Next: Reductions: Water Quality Impacts »
Back to Top